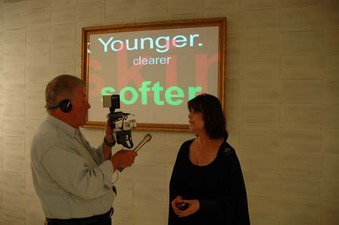 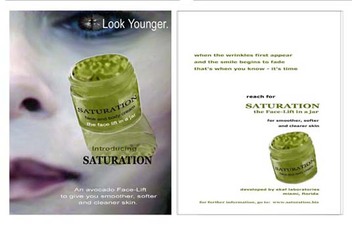 This fictitious advertisement for the product Saturation represents societies’ obsession with remedies for youth and beauty. 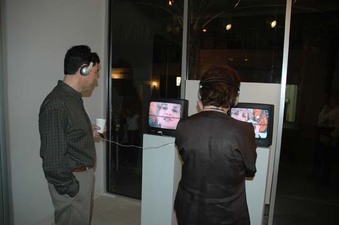 This spoof on infomercials features Lola, an 80 year old Follies dancer and George Shies, an attorney. They appear in alternating vignettes and talk about their experiences with SATURATION, the face-lift in a jar. They oddly resemble the artist.... 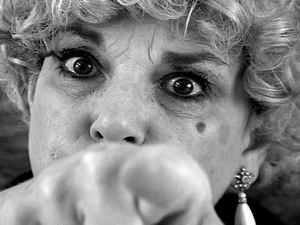 Lola, an 80 year old retired dancer from the Follies extols the praises of SATURATION/the face-lift in a jar. It is, she says her secret beauty treatment which has gotten her a role in a new Johnny Depp movie. This character strangely resembles the artist… 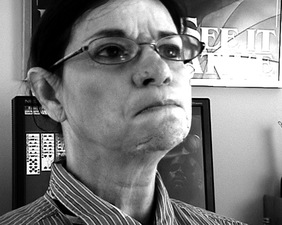 George Shies, an attorney with craggily skin, claims that SATURATION has made him attractive to “all the gals”. Oddly, George has a slight resemblance to the artist. 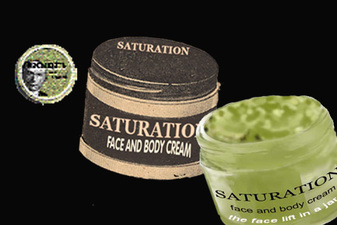 Historical documentation of SATURATION containers from the 1800s to the present. 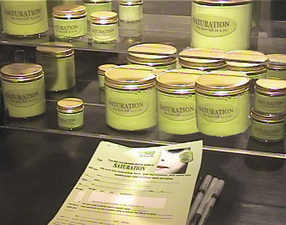 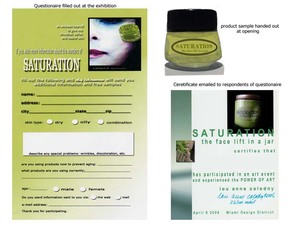 Items Handed Out to Viewers (CLICK IMAGE TO ENLARGE)
2006

The viewers were asked to fill out a questionnaire about their skin type and were given a small (faux)sample of the product. If the viewer handed in a completed questionnaire they were emailed a certificate stating they "HAD PARTICIPATED IN AN ART EVENT and EXPERIENCED THE POWER OF ART. 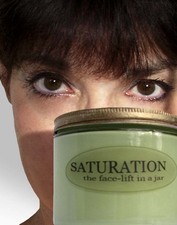 This was one of two display advertisements lining street and interior windows. 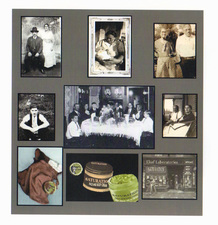 The Hsuls formulated the product SATURATION in Latvia in the 1800s. This historical panel contains photos of the Hsuls, their descendants, the first store and the pouch containing the formula that was discovered years after the family arrived in the United States. The images are identified in an accompanying panel (not shown here.) 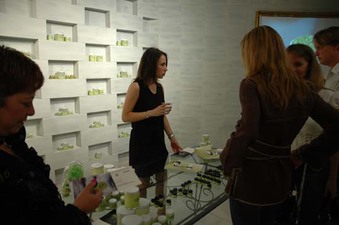 In the entrance of the exhibition viewers are greeted by a sales representative and given a free sample of the product.
Installation view with video "young and beautiful ( CLICK HERE TO VIEW VIDEO)
video : "young and beautiful" 2002-2003
dressing table with miscellaneous items
01:39 minutes, per revolution

The obsessive concerns with youth and vitality in society today prompt this video, which shows the fear of aging, applications of oozy compounds which promise to tighten skin and the resulting natural aging that follows. 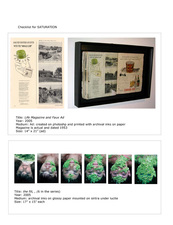 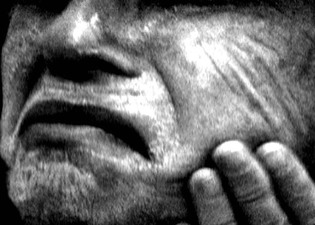 still image from the video "young and beautiful"
2002-2003
photograph

This still represents the point in one's life when nature takes over in the act of aging. (products nor surgery can do no more!) 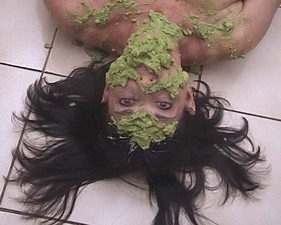 saturation takes place in a sterile environment where a green substance suddenly oozes out of and over a disheveled prone body.
it's run amok (video: CLICK HERE TO VIEW)
2002-2003
video / projected on the floor
01;24 minutes, per revolution

Obsessed with products to render one beautiful this creature/human
takes it to the obsessive, compulsive stage.

The surgical quest for youth and beauty results in many new appearances and momentary satisfaction. All too many times, one surgery leads to another until nature will allow no more. 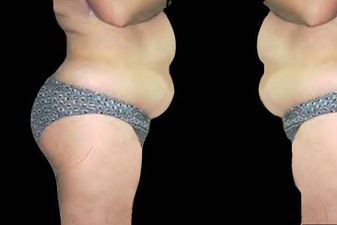 This comedic animation highlights the “before” and “after” of plastic surgery in ones’ quest for perfection. 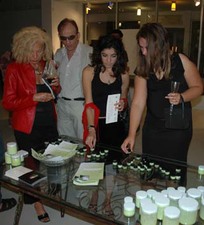 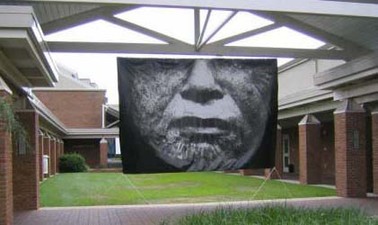 Taken from the video "young and beautiful" this mask was mounted in the entryway to the 2005 exhibition held at the Art Center Gallery, Okaloosa-Walton Community College in Niceville, Florida. 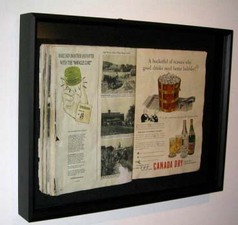 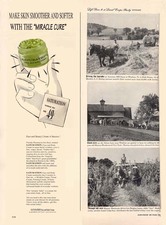